What Precision Machine Shops Do: Turning

What Precision Machine Shops Do: Turning 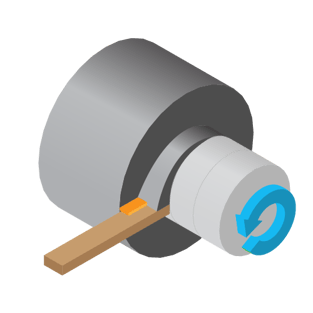 Turning has been practiced by machinists for centuries on many different materials. Originally, turning acted on wood to create complex, cylindrical designs for use in tools, handles, furniture. Today, turning is a vital part of the metal manufacturing process, and a major technique used by precision CNC machine shops in the United States and around the globe.

What kinds of parts require turning?

Generally, turning produces cylindrical or conical surfaces. Because of the spinning motion involved, radial symmetry is often–but not always–a result of the process. Thread cutting is an example of a turning sub-process that does not result in radial symmetry. Bolts and threaded part sections are often machined this way.

Many parts and products depend on turning to create some or all of their surfaces. Some parts can be machined almost entirely through turning, like bolts, balusters and cylindrical tools. Other parts rely on turning to render their cylindrical or conical surfaces, and other processes, like milling or sawing, to create additional shapes. 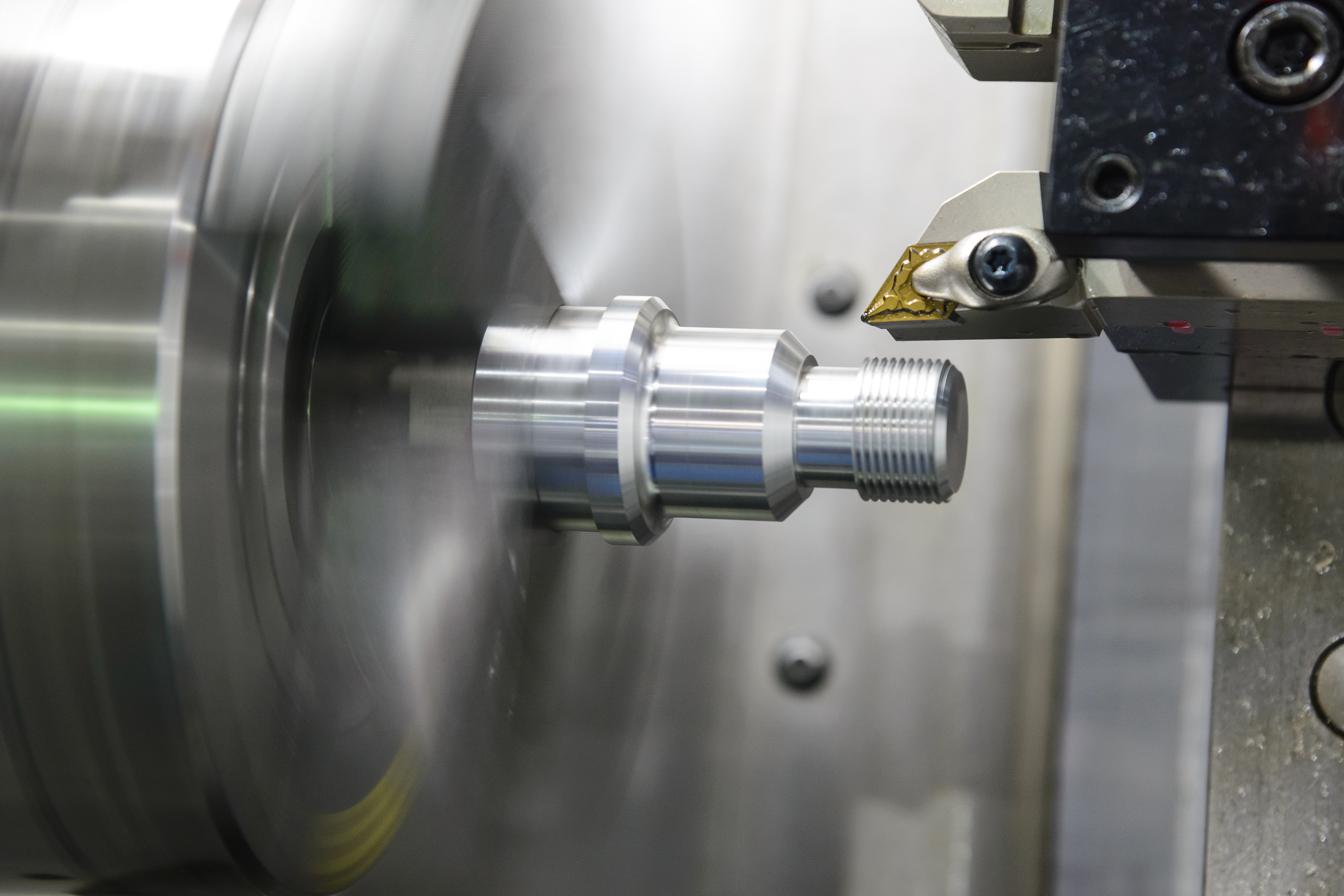 What tools are used for turning?

The lathe is the principal machine tool used for turning, but modern CNC machine shops have largely replaced traditional lathes with equipment that combines multiple operations, as in mill/turn centers, machining centers or 5-axis machining centers. In addition to turning, lathes can also be used for other machining processes, like boring, reaming, facing or knurling.

Traditional lathes are comprised of the following parts:

Mill/turn centers and machining centers often replace the carriage with a more versatile milling component, allowing the equipment to perform milling as well as turning. These milling components hold and move the cutting tools like a lathe carriage, but they allow greater articulation and also spin the tool at high RPMs to perform milling operations. Even without a dedicated milling apparatus, modern lathes in use today often provide basic milling capabilities, through turrets that offer live tooling.

No matter how the equipment is built and configured, turning operations all function the same way: the machine spins the workpiece at a specified RPM, and the operator controls the selection and motion of the cutting tool.