What Precision Machine Shops Do: Boring

What Precision Machine Shops Do: Boring 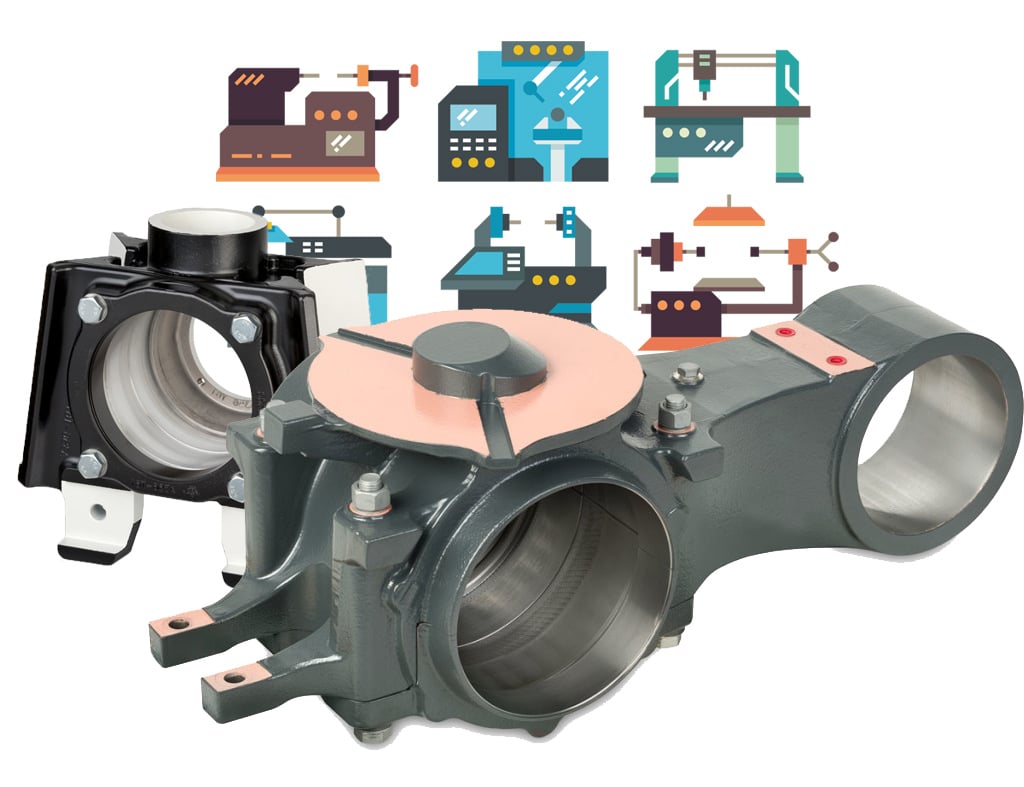 Boring may not sound like a very exciting topic, but don't let names deceive you: boring is one of the most widely used techniques in machining, and one of the most reliable ways to finish holes.

Boring is the process of enlarging and finishing pre-existing holes. The holes might have been cast, drilled or otherwise formed to a rough state, but boring is often the best technique to provide the accuracy and repeatability expected of CNC machined parts.

Boring can be broken up into several subtypes, designated by the tools used and the types of hole being bored. For example, through-hole boring in which the workpiece is supported at both ends of the hole often falls under lineboring. Boring can also finish blind holes, but the workpiece can only be supported on one end. In backboring, the cutting tool traverses a through hole and works on the side of the workpiece opposite the headstock.

Just like drilling, milling and turning, boring processes can vary according to the desired shape of the final hole. Multi-feature holes can be bored with the right tools, including stepped bores, chamfers and counter bores.

Boring can be performed using just about any rotating CNC machine, including milling centers and turning centers. Specific machine tools for boring are also available: horizontal boring machines support the workpiece on an axis perpendicular to cutting rotation; jig borers are used to located the precise center of a hole before removing significant amounts of material.

Beyond cutting tools, the right setup for the job depends on the characteristics of the hole being formed and the capabilities of the machine shop. Especially challenging holes may require custom equipment. For example, especially deep holes can be difficult to bore due to tool deflection. Some holes, like the SR-99 Tunnel in Seattle, WA, require dedicated borers that move independently through the hole as they cut. Analogous situations in CNC boring are rare, however, due to the more manageable scale of most CNC operations.

Furthermore, since the characteristics produced through boring are on the inside of the workpiece rather than the outside, more sophisticated inspection is often required. Laser-based metrology facilitates the process, and air gages can provide accurate measurements of bored holes.

When CNC machine shops use boring

When choosing a process to create or enlarge a hole, CNC machine operators must evaluate a number of factors. Depending on the stage the hole is in and the desired characteristics of the final hole, operators might choose reaming or drilling instead of boring.

Drilling is often utilized to create a rough hole that will then be enlarged through boring and finished through reaming. If the operator uses the right tooling, boring can also be the finishing process.

Generally, boring is meant to reduce tolerances and improve precision in large runs of cast or machined products. The process is highly regarded for its accuracy, but it is not ideal for removing large quantities of material. If holes have not yet been started, a less accurate process like drilling is often used before boring. If medium tolerances are required, milling and turning can also be used to refine previously formed holes in a workpiece.